SOON TIME FOR AMERICANS TO THINK ABOUT THE STATUE OF LIMITATIONS 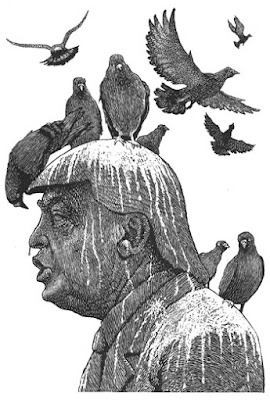 Jim Westergard
Red Deer, Alberta, Canada
wood engraving and drawing are my media and I don't do "purdy pitchers".

"The Fly on the Wall" broadside

The book, Fly on the Wall by Jason Brink and Jim Westergard, published by ECW Press was released April, 2008. It is a compilation of 53 extremely short stories by Jason and 53 pen and ink drawings by Jim. The limited edition (80) broadsheet, pictured here, has been printed letterpress on fine Arches cover paper 15 x 11 in. The text is hand set with 14 pt. Bembo and the drop cap and title are 30 pt. Castellar. This broadsheet is $170.00 Canadian, plus postage and can be purchased by sending an e-mail to Jim at jimwest@telusplanet.net and letting him know where to send the print. 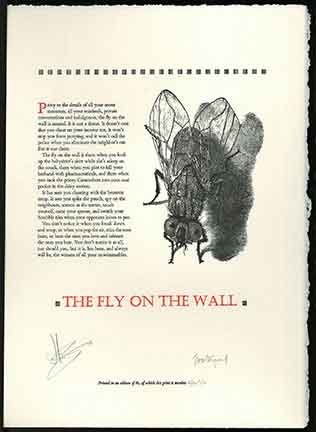 "the Fly on the Wall" broadside 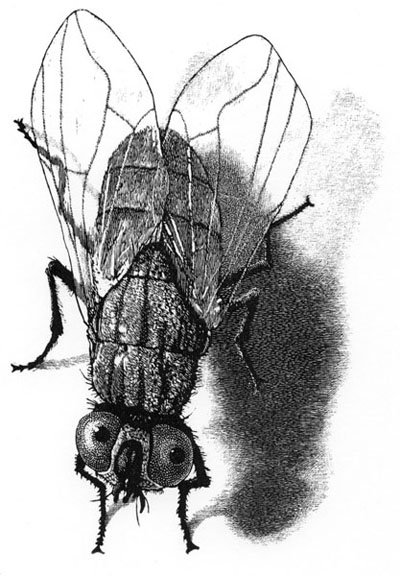